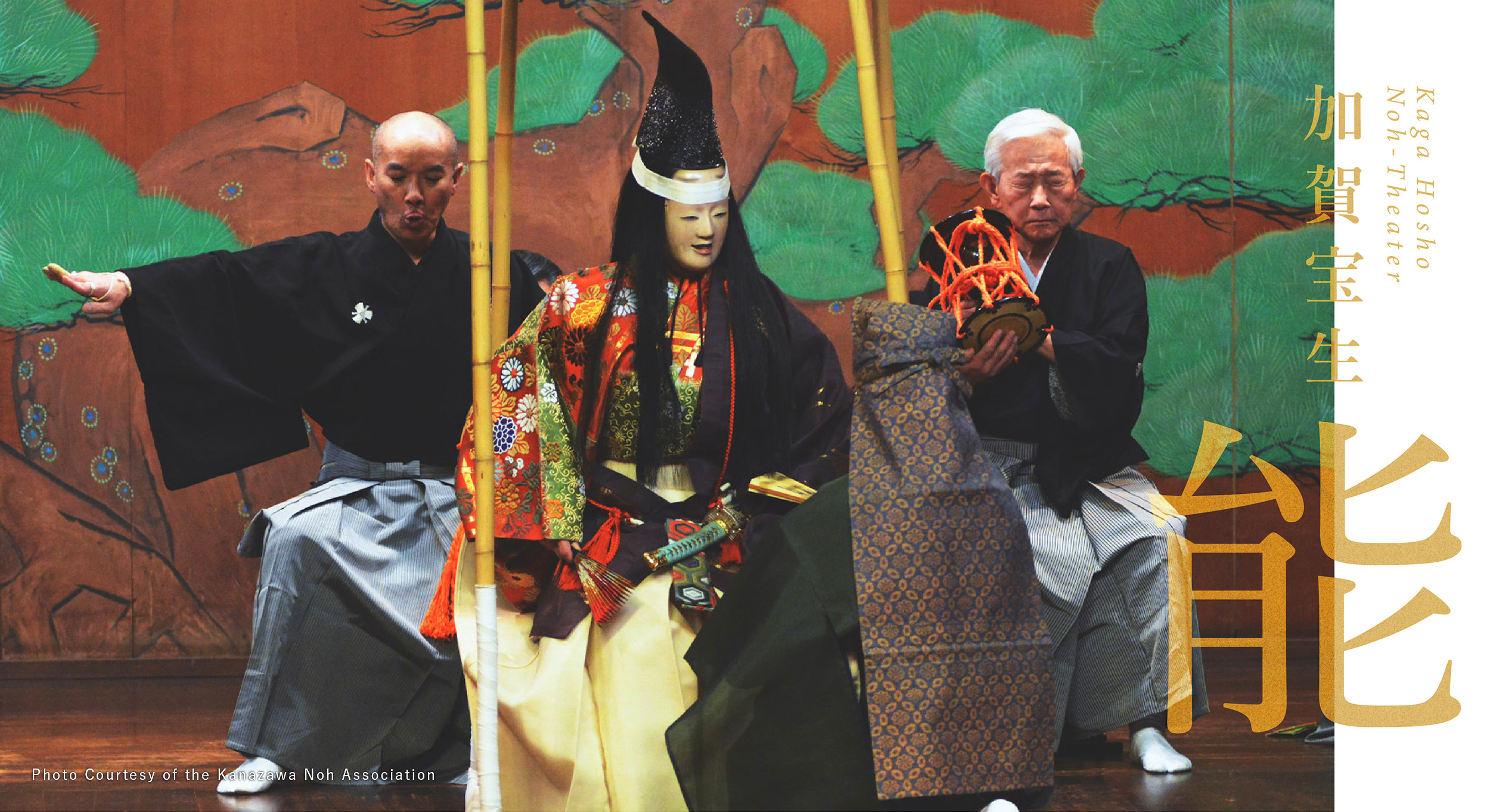 Ishikawa Prefectural Noh Theater opened in 1972 as Japan’s first independent public noh theater to serve as the base for preserving, handing down, and promoting noh in general. The theater’s noh stage was built in 1932 originally as the main stage of Kanazawa Noh Theater and was relocated. With the passage of time, the stage is now filled with a charming vintage feel.